Native to the monsoon rainforests of Kerala, black pepper, a sun-dried berry of the pepper vine, is one of the earliest known, and most widely used, spices in the world. Growing on a climbing evergreen perennial vine supported by host trees such as areca, coconut, mango or jackfruit in home-yards or on a wooden pole in plantations, it is a common feature in the region is perhaps why the tropical climate and the heavy monsoons of Kerala are ideal for this plant.

In fact, the finest quality of pepper is grown along the lowlands and high ranges of the State. Interestingly, legend has it that on one of his trips back from Kerala, Vasco da Gama asked the king whether he could take a pepper stalk back with him to be replanted. The king responded calmly, “You may take our pepper, but I don’t think you will be able to take our rains”. He was, of course, referring to Kerala’s twin monsoons, almost a prerequisite for the growing of pepper. The corns are grown and marketed in four different colours: black, white, red and green – all harvested from the same pepper plant by changing the time of harvest and processing method.

Berries are picked when they start to turn yellow. Sun-drying them just before they are fully ripe produces the prized variety. The less potent white pepper comes from the same berries that are picked when riper. Fully mature berries are soaked in water to remove their outer skin, leaving the white pulp of the pepper berry. The skinless berries are sun-dried to produce white pepper. White pepper has a different flavour but it retains the pungency of black pepper.

When pepper is harvested early, pickled in salt or vinegar and then freeze dried, it is regarded as green pepper.

Since berries are unripe, they are highly aromatic with an almost herbal flavour but less pungent. When the same kind of processing is applied to fully ripe berries, it yields red peppercorns. Piperine, the alkaloid in pepper, stimulates absorption of several nutrients by the body.

But what were they doing with all of this Pepper?

Pepper was used both in medicine and cooking and Roman writings as early as the first century CE described dishes using pepper. In fact, it was a major ingredient in most of the recipes in De re Coquinaria, a third-century cookbook by Apicius. It was among goods most in demand for which Romans paid dearly with gold and silver. Pliny the Elder lamented that imports from India cost Rome fifty million sesterces annually. In India, the culinary use of pepper decreased with the introduction of chilli peppers by the Portuguese. In Kerala, its land of origin, pepper is still an auspicious offering at Kodungalloor Bhagavathi temple near the ancient seaport Muziris, and green peppercorns are offered at the shrine of Vavar, Lord Ayyappan’s Muslim friend, at Sabarimala.

And so, the story of this amazing spice continues to unravel, carrying with it centuries of history – connecting cultures, dominions, economies, lifestyles, triggering wars and setting in motion long and arduous journeys across land and sea. 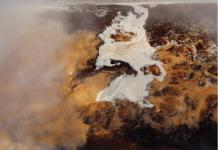 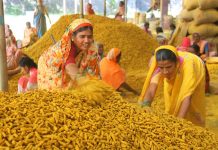