The word Padwa comes from a Prakrit word, whose Sanskrit equivalent Prathama stands for the first day of the bright phase of the moon called Pratipada in Sanskrit. It is believed that Lord Brahma created the universe on this day. Therefore this day carries special importance for Hindus and people mark the occasion by putting up Gudhis.The festival, known as Ugadi in south India, and Gudhi Padwa in Maharashtra, is celebrated on the first day of the month Chaitra, according to the Indian lunar calendar.

According to the Brahma Purana, an ancient Indian text, this is the day on which Brahma created the universe after the deluge, and time began to tick from this day forth. Gudhi Padwa is one among the three-and-a half auspicious days (muhurtas) in the Indian lunar calendar. The special feature is that every moment being auspicious, people can initiate new ventures on these days. 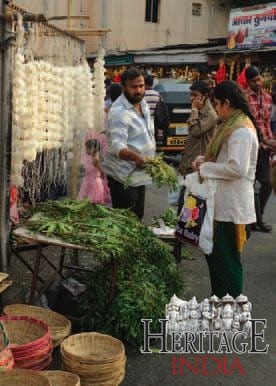 Gudhi Padwa also commemorates the beginning of the Shalivahan calendar named after the emperor Shalivahan who vanquished the Huns, his enemies. Gudhi Padwa is one of the three-and-a half auspicious days i.e. muhurtas in the Indian lunar calendar. The speciality of these muhurtas is that every moment being auspicious, people can initiate new ventures on these days, unlike on other days when only certain moments might be considered auspicious. On Gudhi Padwa, a Gudhi which is believed to be Brahma’s flag, Brahmadhwaj, is hoisted outside every house as a symbol of victory and joy. In Maharashtra, it is reminiscent of the valiant Marathas returning home from their successful expeditions of war. Since the symbol of victory is always held high, so is the Gudhi. A Gudhi is a bright green or yellow silk cloth adorned with brocade tied to the tip of a long bamboo pole over which gathi (sugar crystals), neem leaves, a twig of mango leaves and a garland of red flowers is tied. All these things symbolize nature’s bounty in spring. A silver or copper pot is placed on the raised Gudhi in the inverted position. 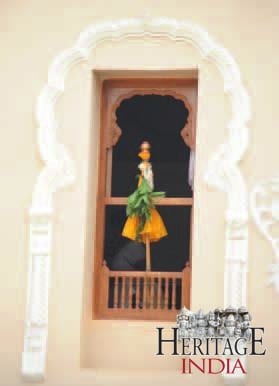 This Gudhi is then hoisted outside the house, in a window, terrace, or a high place so that everybody can see it. A Gudhi is also believed toward off evil, invite prosperity and good luck to the house. And thus, with a Gudhi standing high on a window, a new year comes to pass.

India is a predominantly agrarian society. Celebrations and festivals are often linked to the turn of seasons and to the sowing and reaping of the crops. This day marks the end of one agricultural harvest and the beginning of a new one. It is the time when the heat of the sun starts intensifying. Farmers start ploughing the soil on this day. As a result the soil below is churned up. The subtle soil particles get heated in the sun and the ability of the soil to germinate the seeds increases manifold. Towards the first day of the month of Chaitra, the sun assumes a position above the point of intersection of the equator and the meridians and the spring season commences. In Bhagwad Gita, a sacred tome of the Indians, Lord Krishna says, “Among the seasons, the exhilarating Vasant (spring) is my manifestation.”

It is because nature is vibrant with life in the spring. It is for this reason that Gudhi Padwa is also celebrated to welcome the colourful spring which awakens the spirit in each living thing and rejuvenates the beauty of nature.