Nestled in the Western Himalayas, to the extreme north of India in the state of Jammu and Kashmir, Ladakh is situated at an altitude of 9,000m and is one of the remotest regions of India. It extends across four major mountain ranges (the great Himalayan, Zanskar, Ladakh and the Karakoram).The landscape of Ladakh is more like a dreamscape, enrapturing the visitor with its amazing contours, colours, textures and intrinsic life-rhythms.

The beautiful valleys & lakes, ancient Buddhist monasteries, a maze of enormously high snow capped peaks and the largest glaciers outside the polar region have earned it various names such as The Moonland, The Last Shangri-La and The Land of Lamas and Gompas. Ladakh also has a rich tradition of language and literature which dates back to the 7th century A.D.

The most attractive features of the landscape are the Buddhist gompas or monasteries. Built either on the highest point of the mountain or over the cliff sides, the gompas are located within the surroundings of villages. These aesthetically pleasing, architecturally interesting sacred places are the epicenters of faith. They are places of worship, meditation and religious instruction for Buddhist people and possess a wealth of artifacts.

It is difficult to establish when Buddhism was introduced into Ladakh. It is a popular belief that it was introduced under the reign of the Emperor Ashok the greatest ruler of the Maurya dynasty in India, in about 200 B.C. Ancient stupas in upper and lower Ladakh built of stone from the time of Ashoka stand testimony to this. The first Buddhist temple in Ladakh is said to have been constructed in the Suru valley.

In the 8th century A.D., the Buddhist scholar Padmasambhava blessed Ladakh with a visit. He, together with BhikhuShankarakshita, firmly established Buddhism in Tibet and Ladakh.

Ladakhi monasteries, some more than a thousand years old, are the true representatives of the ancient practices and artistic traditions of Buddhism. Not only are they repositories of culture and religion but they actively keep alive the spirit of belief and practice. They dynamically bring together the old and the new, inspiring a visitor with that special feeling of eternity.

Interesting? Did you know about A birthday party at 9000 meters where everyone’s invited? 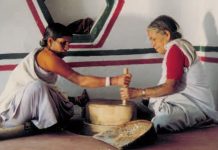 People of the Blue Mountains-Tribes of the Nilgiris 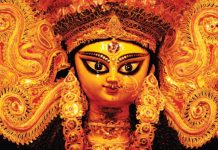 9 Facts to help you understand the Durga Pujo 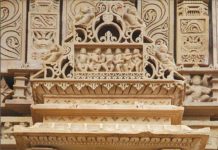 Mystic Indian Dynasty With an Eye For Art – Chandellas