The traditional theatre has always drawn strongly on mythology and prevalent social life to forge a performance that entertains, elevates and draws performers and the audience into a shared experience. Seen within this context, traditional theatre forms of Goa keep the spirit of religious and social discourse alive and constantly evolving.

According to a survey study, there were around a hundred families of the Perni community living in Goa in places like Vaghurme (Ponda), Malkarne (Sangem), Poiginium (Canacona), and Mayem (Bicholim) who were considered to be part of the Devdasi tradition. Their only occupation was to perform Jagar and sometimes Kalo, during the annual festival, as a necessary ritual. 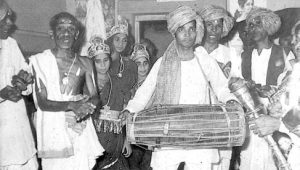 Traditionally, on the stipulated day people from the community would carry their performance materials in a Petaro  (which was a big box made of bamboo or cane) and walk long distances to present a Jagar. Participants were given provisions, oil for their lamps and some cash by the temple committee or village council. At a number of places, fertile land was also made available to them for their continued sustenance.

Wooden masks, painted with natural colours were predominantly used for the performance which went on throughout the night and the community was treated to music, dance and dramatic encounters.

Here (unlike other forms of traditional theatre in India) women played the parts of women characters. Belonging to the Devdasi community the performers were unmarried.

The significant feature of Jagar was that a white curtain was displayed in front of the spectators, indicating that it was only space and the entire universe was yet to be created.

The second salient feature was that after invoking Gods, an old lady entered wearing a mask. She was called ‘Adimaya’ (the original illusion, first lady creator.) Answering a question from the Sutradhar (master of ceremonies) she’d say,

“above the seven seas I was residing in a five storied building (five principle elements) on the last floor (in the sky), I was weaving a ‘cloth of time’. I reached here by dancing and flying.” 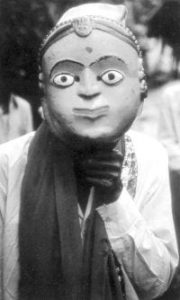 Jagar did not have any particular story but presented character types that made up society. Even the Portuguese were featured – first as traders then as conquerors,  sword and cross in hand. At the end the Sutradhar himself appeared on stage wearing the mask of a horse, suggesting the creation of nature, mankind, and human beings. The garland of jungle flowers known as Pitkoli, earlier offered to the Samai is taken back and the chief Perni places it around his neck. This suggests that he has sacrificed himself for the creation of the universe.

The performance of this folk form requires many characters of men and women depicting the day to day life of the villagers. The characters of Jagar do not represent known legends or mythology but depict ordinary folk like fish vendors, mat makers, flower sellers and others including thieves, roadside Romeos and so on and herein lays the strong appeal of this form of theatre. Each character in the Jagar is carefully made up for a role and tries to appear as realistic as possible.

A performance of Jagar usually consists of sixty-seven characters depicting sixty-seven human tendencies. Each of them comes to the stage, dances delivers dialogue and exits. Sometimes, during the performance, the characters make a parody of some current event or political leader known to the viewers. The whole performance reflects a spontaneous outburst of folk creativity. Some people dance in the Jagar as a part of a vow. The males play out the female characters and a woman never plays any role in Jagar. 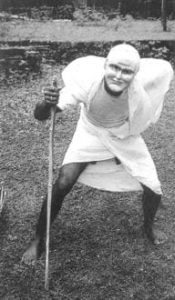 Until 1950 such a Jagar was performed with its old opulence and pomp. For the next fifteen years the richness began to fade and today this ancient form has been totally extinguished. Today the Jagar is performed by the Christian Gawda with an entirely different context, far removed from earlier rituals.

The characters of the Jagar differ from place to place and usually depict the normal and abnormal traits of the human beings in that particular village. Each character dances and his movements are determined by his role on the stage.

The stage, where Jagar is performed is circular in shape and those watching the performance sit all around it.  The actors in this performance adhere to no particular script, improvising as they go along. As dawn approaches, the character of Pavna arrives who is believed to be the angel of god. This is the indispensable character of Jagar. All the actors offer prayer to the Pavna and the show is over.

The people’s Theatre is all inclusive 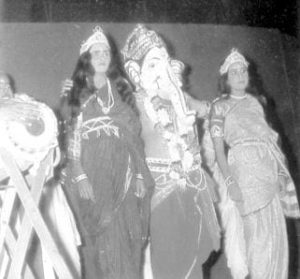 Jagar, which is a ritual dance-drama of Goa is based exclusively on folk support and participation, this kind of theatre combines folk entertainment and religious rituals in a hilarious form. Though a theatre form, it is celebrated like a village festival. The night long performance of Jagar ensures that the gods will be awake throughout the night once every year.

The underlying belief is that if the gods and deities are kept awake once a year, they will remain awakened throughout the year and extend their protection and guard to the village. This sort of belief and practice is continued both by Hindus as well as Christians. The Jagar that is staged by the Christian Gawda is called Jagor. It is performed in the month of May. Unlike the Jagar, this does not have a variety of characters in it.

The dances and songs go on throughout the night and the viewers watch this entertainment with glee. This is a description of a Jagar performed in the village of Konsua, Around 20 km from Panaji.  Apart from this place, Christian Jagar is performed in Verna, in South Goa and Calangute a tourist place in North Goa. People from the nearby villages come to enjoy this dance-drama and have a good time.

During the Portuguese rule, many Hindu Gawdas were converted to Christianity. Some of these converts, however, were reconverted back to the Hindu fold by Masurashram, a religious organization based in Mumbai(1926-27). This reconverted lot came to be known as Nava Hindu Gawda and their localities in Goa have become favourite venues for this type of Jagar. Chimbel (suburb of Panaji), Shiridao (a village about 10 km from Panaji), Karmali (on Panaji Ponda road about 10 km), Priol, Veling, Bandivdem (villages in Ponda taluka) are some villages where elaborate Jagar is performed during the months of March- May every year.