The mountainous region of the Nilgiris in Tamil Nadu is unusual for the variety and abundance of its natural and human life. Because of its altitude and equatorial proximity, the land offers ideal conditions for distinct ranges of forest cover and grasslands, which exist in four tracts.

The first stretches across parts of the plains and low hills moving from dry deciduous to tropical foliage. The second is made up of moist evergreen forests and the third consists of shola or ‘woods of the plateau’. Beyond these three, there are the temperate grasslands spotted with numerous herbaceous plants that bloom in the first showers of March. 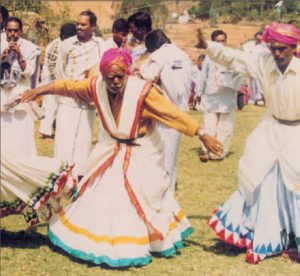 This amazing diversity has attracted a phenomenal number of creatures of all kinds. What is perhaps most interesting is that each ecological belt, from the plains to the high grasslands, is home to a traditional or tribal community, which has survived and until a century ago, flourished.

On the Tamil Nadu side of the lower reaches of the region live the Irulas, a widely scattered, many layered and diverse hunting and gathering tribal group. Most of those living here are from the Kalkatti family branch. Irula identity is inseparable from the jungle. In fact some versions of their creation myths claim that the first Irulas were two cats that ate amla fruit (myrobalam), which made them walk on two legs and talk in human speech. 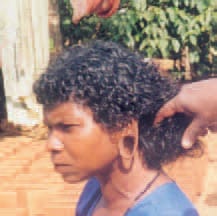 Legends and Myths of the Irulas

There are of course myths that even attribute their creation to powerful deities like Valliyamma. Myths and legends abound about other aspects of Irula life – why the tribe is ‘so poor’, why tubers are eaten, how and why certain animals and birds have been created and so on. Today, it has become impossible to uncover the ‘real’ stories because they hold them as a secret that gives them their feeling of belonging and identity, protecting them from the changing world around.

Much of the natural habitat of this community has been altered, giving way to plantations and so they now divide their time between foraging and working as labour. This has created in them cultural and social dualities, which they struggle to cope with. However, what keeps them vibrant despite pressures is their creative playfulness. Singing, dancing, story-telling, riddle-telling and community games are still alive in one way or another. 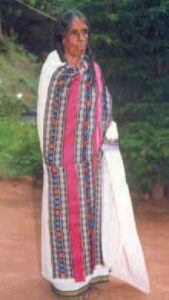 Although this is also prevalent to some degree amongst other one-time hunting and gathering tribes like the Kurumbas, Paniyas and Katunaickens, the Irula living tradition is comparatively far more varied. On the Gudalur side of the lower Nilgiris (leading towards the Wynaad region of Kerala),  live the Paniyas, who, in the distant past, drew their sustenance from the dense forests that covered the region.

In sync with nature

Records reveal that they were so in tune with their natural environment that they rarely came in contact with people from other communities. A shy and isolated people, the Paniyas were barely part of bartering processes. When their forest homes were turned into plantations, many lost their traditional footholds and were compelled by need to become manual workers. Others actually unwittingly sold themselves into bonded labour.

Post Independence, when welfare groups moved in and began a process of rehabilitation, it wasn’t at all easy. So broken and disorientated was the community that it was unable to coherently respond to stability of any kind. However, in a small way, tribal memory persisted and they began to heal themselves by reviving social and community rituals and practices and enlivening their relationship with their natural environment.

Traditionally, the Paniyas have been a very closed tribal group, retaining within their midst, rituals of worship and community and family practices that are specific to them. Though much of their lands are now ‘reserved’ forests or have been turned into plantations, they nevertheless continue their close contact with what they have access to. 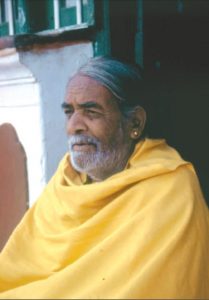 Their neighbours, the Mullu Kurumbas, also traditionally hunter-gathers, are far more coherent and organized. Belonging originally to the Wynaad region in Kerala, they migrated over the years across the border into Tamil Nadu and settled in the Gudalur region. Characterised by neatly built mud, stone and thatch houses with large courtyards and common community grounds, their settlements present an atmosphere of balanced planning. Small scale farming and supplementary employment has helped enrich their income, making it possible for them to be more in a position to protect their communal identity.

Hunting with bows and arrows is still an intrinsic part of their community life and they have managed to find space between the restrictive laws to continue their age-old activity. In fact, not only do they set out hunting wild boar and hare individually and in small groups, they even have a collective ritual, which involves community tracking and killing of prey.

Not all the Kurumba groups in other parts of the Nilgiris enjoy this sort of balance. The Alu, Palu, Betta, Jenu and Urali Kurumbas live under mixed circumstances. Some literally squashed between the boundaries of plantations and reserved forests, others on the bare shoulders of inhospitable mountainsides. 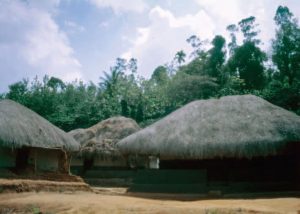 Nevertheless, they have survived and continue to retain their identities, beliefs and practices. Traditionally, the Kurumbas have played a very significant role in the tribal life of the Nilgiris. In fact they were considered to be one of the key players in the barter system. They wove baskets for the Badagas and provided tall poles to the Todas for their funeral ceremonies. Apart from this, they were considered to have magical powers, playing different roles like protector, healer, diviner and exorcist. Communities like the Badagas employed Kurumba watchmen to protect their property. 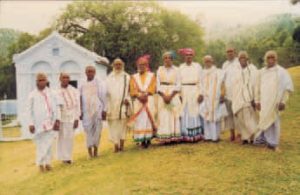 In the upper reaches of the Nilgiris, one next encounters the Kotas, a tribal community of artisans who have played an important role in the economy of the region. Their settlements are spread out in such a manner that they are easily accessible to other communities such as the Toda and Badaga to whom they have provided finished products such as clay pots for household use, smoking pipes as well as metal, leather and finished wood items. In addition to this, they have been the music makers at Badaga rituals and festivals.

This key role of artisan was monopolized by this community and provided it much of its own sustenance. Parallel to this, its people have farmed the land. Earlier, they practiced shifting cultivation but with revenue-land demarcation they began restricting the reach of their agricultural activity. 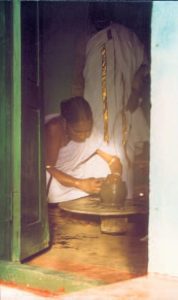 A focus on Art

From millets, garlic and mustard they went on to cultivating potatoes and later began growing tea, coffee and fruits.  However, despite their agrarian interests, they were primarily seen to be artisans (though much of that image has been eroded by rapidly changing market needs).

Pottery, among the Kotas, is the sole activity of women (women work the wheel, whereas men merely support them by fetching the clay). It is expected that a woman must handle clay (whether she knows how to make a pot or not) at least once a year. It is on that single occasion, the Kamtraaya Festival in January, that the entire settlement is involved in the ritual of digging and collecting clay. This relationship with the earth roots the community and gives it its fecundity. 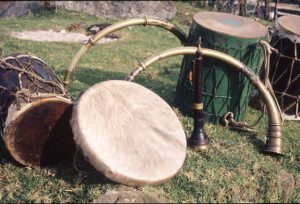 That connectivity and continuity is important to the Kotas is evident in their belief that they all descend from a single ancestor – Kottervikkin. Every settlement has a sacred ceremonial space on which stand twin temples (male and female) known as Aynor and Amnor.

With changing times, the Kotas, unlike other tribes of the Nilgiris, have managed to retain their equilibrium and their communal identity, nurturing it and encouraging emerging generations to respect its values and ways. 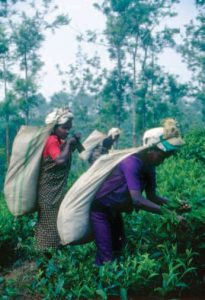 Even today the keri system in settlement planning still exists and men from the community regard the keri (row/street) on which they live as an indicator of their clan. In addition to this, respect is still given to the fact that fire is not lit by a matchstick but by the ancient method of friction.

If the Kotas have such well-defined community systems, the Todas are equally composite. Living on the higher regions of the Nilgiris, which were once carpeted in extensive grasslands, the Todas are even more rooted to the earth. 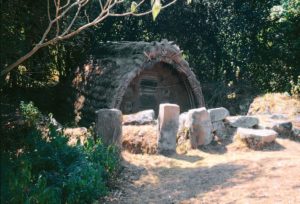 They believe that they were first created on the land on which they live today, which is even the land of their afterlife. They are divided into fifteen clans (with a total population of less than a thousand), each with its own female deity residing in a barrel shaped temple, cared for by a priest who also tends a sacred buffalo – a creature that occupies the centre of a Toda’s sacred life. 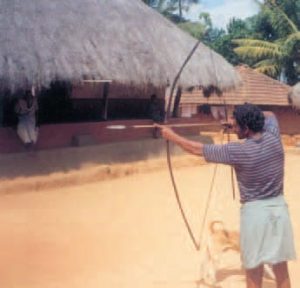 And in Irula and Kurumba areas, there is evidence of past worship. Yes, the Nilgiris have been the ancient dwelling place of innumerable communities that have come and gone and what we see today is yet another lap in the great cycle of time. Because of this, the entire region has become the repository of rich social, cultural and spiritual energies, quietly resisting the wheels of change and keeping alive tribal identity. 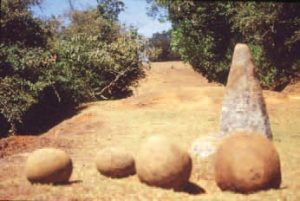