From the beautifully sculpted temples of Koppeshvara to the dense jungles of the Sundarbans, travel across the length and breadth of India with this issue of Heritage India. Read the fascinating story of the Sisodia dynasty and live a day in the lives of the Dhangar community. This issue also highlights the traditional board and card games of India, as well as the ancient astronomical instruments in the country. We tell you the story of music in India, and feature the Jaisalmer festival, where music lingers in the beautiful Thar desert.

From the beautifully sculpted temples of Koppeshvara to the dense jungles of the Sundarbans, travel across the length and breadth of India with this issue of Heritage India. Read the fascinating story of the Sisodia dynasty and live a day in the lives of the Dhangar community. This issue also highlights the traditional board and card games of India, as well as the ancient astronomical instruments in the country. We tell you the story of music in India, and feature the Jaisalmer festival, where music lingers in the beautiful Thar desert. 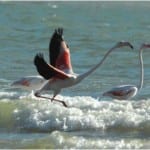 Migratory Birds: On the Wings of the Wind

The journeys that migratory birds undertake could be a few kilometres or a few thousand kilometres, regional or intercontinental. Some travel by day, guided by the slant of the sun whilst others by night, guided by the constellations. Randhir Khare retraces the flights of these fascinating birds, with photos by Susan Bullough Khare. 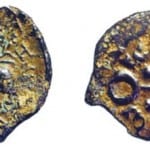 After the fall of the Mauryan monarchy, the sub-continent saw the rise of the Satavahanas, from about mid-century B.C. to around the first quarter of the third century A.D., it was an epoch marked by the flowering of culture. Noted indologist, Shobhana Gokhale shed light on this lesser known monarch – Shri Satakarni, who was the third member of the house and during his time, foreign trade was at its zenith. This sort of prosperity boosted all the branches of Indian culture, ensuring the flowering of Indian genius in different fields of human activity and a harmony among people of different faiths. Photos by Ambarish Khare, Anand Kanitkar and Vijay Ghodekar. 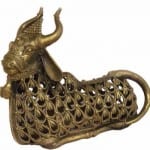 This art narrates the story of a people, reflecting their visible and invisible worlds through exquisite depictions of form and
folklore. Known as ‘Dokra’ or ‘Gadwakam’, the craft has survived the onslaught of changing tastes, trends and times, constantly reinventing itself through a multitude of enchanting forms while remaining true to the original. Chitra Ramaswamy tells us how the craft itself has shaped the stories of their makers. 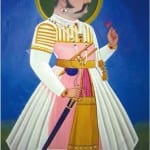 The spirit of the Mewar Dynasty, whose roots are believed to travel back to ancient times, has survived through the ages and inclemency of historical turbulence due to its inherent sense of royal responsibility, based on very broad democratic ideals, of which, trusteeship is the most important. Devaki Singh gives us insight into this historical legacy, with photos and resources courtesy of the Maharana of Mewar Charitable Foundation, Udaipur. 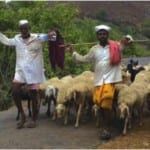 Dhangars: Their Map of Life

This robust caste-cluster once survived and flourished as shepherds, buffalo, cattle and horse keepers and weavers, the pastoralists among them mapping immense and intricate patterns of movement in search of pasturelands. In fact they were even said to have been creators of dynasties and builders of empires. Today that way of life is being challenged, as Randhir Khare learns. With photos by Susan Bullough Khare and Sandesh Bhandare. 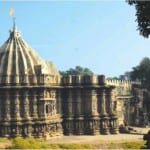 At Khidrapur, sixty-five kilometers southeast of Kolhapur, stands Koppeshvara, one of the most notable and ornate of the Shilahara (c. 11th – 12th century C.E.) temples. East facing, this temple, home of Lord Shiva, stands aloft a spacious precinct built at the confluence of the Krishnaveni and Kuweni rivers. G B Deglurkar explains the spiritual, artistic and strategic significance of this magnificently carved temple. Photos by Sandesh Bhandare, Shreenand Bapat and Pravin Bhosa. 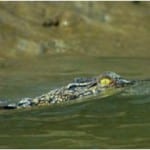 This is the tide country, where land and water merge, roots grow upwards and fish walk. This is the land of the tiger and the great and powerful Bonbibi. Ripped by cyclones, bathed by the Bay of Bengal and blessed by the spirits of nature, Bikram Grewal delves into the mysteries of the Sundarbans, said to be the largest continuous mangrove forest in the world. With photos by Bikram Grewal, Sumit Sen and Nikhil Devasar. 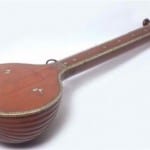 Notes of Excellence: The Story of Music in India

Indian Classical Music can trace its lineage to around 1500 B.C. It is over thousands of years that the grammar of these ‘notes’ has evolved and refined to achieve a precision which has the power to deliver virtuoso performances, ensuring an ethereal experience. Rajendra Kandalgaonkar and Ambarish Khare share the story behind the development of classical music in India, with photos by Sachin Naik and Atul Karmarkar, courtesy of the Raja Dinkar Kelkar Museum. 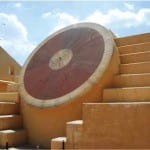 Astronomy is, however, much older than the telescope and there were several millennia of astronomical observations with the naked eye. However, there were other instruments used to aid the human eye in ancient India, as Jayant Narlikar explains. Photos by Neha Parmar, courtesy of B. M. Birla Planetarium, Jaipur and IUCAA, Pune. 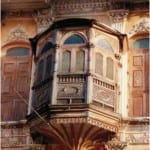 Once the exotic abodes of a community in change, plush with ornate interiors and lavish embellishments – reflecting the status
of their Dawoodi Bohra owners. Today, the grand old houses of Najampura are a pale specter of their former selves as Zoya Kadi discovers. Photos by Zoyab Kadi and N. P. Satsangi.

The Jaisalmer Festival: Song of the Desert

Neha Parmar captures the magic of the desert festival in Jaisalmer, which celebrates the richness of Rajasthani heritage, drawing into its folds both tradition and modernity in the feisty spirit of timelessness. For three days,cultures converge and move beyond difference into a realm of mutual respect, inspired by the magic of the sands. 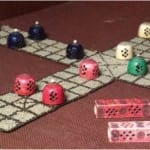 Board and Card Games: Played across Time

There was a time when gods, royalty and commoners seemed to have had one activity in common – playing board and card games. These traditional pastimes are now being brought alive again with all their character by Meera Iyer, with photos by Sachin Naik, courtesy of Ramsons Kala Pratishtana, Mysore and Raja Dinkar Kelkar Museum, Pune. 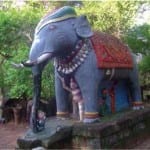 Ayyanar: Force from the world beyond

He is the protector, the guardian, the force from beyond that is revered with the fullness of ritual consistency, the embodiment of divine power. With an entourage of gods and helpers who form his army, he is said to provide his believers with protection and success. Padma Raghavan and Savita Narayan reveal the legends and beliefs around Ayyanar, with photos by J. Srinivasan and Manasvini Mukund. 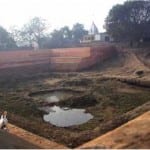 With an aim to revive over one thousand Kunds of Braj, the land of Radha and Krishna, the Braj Foundation has undertaken a pioneering project which is already showing spectacular results.

Be the first to review “HI Vol. 2 Issue 3” Cancel reply