As always, this issue of volume 2 of Heritage India provides you with a glimpse of India’s kaleidoscopic variety of cultural, historical, architectural and natural heritage. Our cover story features the spectacular Yakshagana performances of Karnataka. This issue also brings to you the stunning architecture of the terracotta temples of Bankura and the grand homes of the Chettiars. We trace the royal lineage of the forgotten Rashtrakuta dynasty and explore the stark landscape of the Rann of Kutch. Once again, you have the opportunity to the explore Indian heritage with your quarterly keepsake.

As always, this issue of Heritage India provides you with a glimpse of India’s kaleidoscopic variety of cultural, historical, architectural and natural heritage. Our cover story features the spectacular Yakshagana performances of Karnataka. This issue also brings to you the stunning architecture of the terracotta temples of Bankura and the grand homes of the Chettiars. We trace the royal lineage of the forgotten Rashtrakuta dynasty and explore the stark landscape of the Rann of Kutch. Once again, you have the opportunity to the explore Indian heritage with your quarterly keepsake. 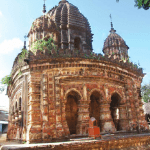 For over a thousand years, successive rulers paid homage to their revered deities through the construction of magnificent edifices embellished in a style found nowhere else other than in the district of Bankura – once upon a time, kingdom of
the Malla dynasty. Subrata Datta reveals the wonders of the terracotta temples of Mallabhum 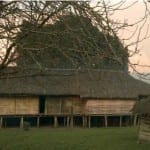 Tribes of Arunachal Pradesh: In a World Apart

On the very edge of our national imagination is a world where nature exists in all its verdant splendour – providing a home to an amazing variety of ethnic cultures. Here, the rich diversity of identities has been nurtured by the timeless movement of tribes, as Shayoni Mitra discovers, with photos by Rupak Adhikary and Scribes on the Road. 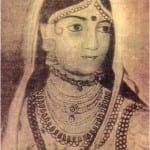 The story of Rani Laxmibai of Jhansi is that of a woman who rose from small beginnings to become an inspirational force during her lifetime. Manakarnika, or Manu, as she was known, was born into the home of a Brahmin priest in Kashi who moved to Bithoor into the service of the deposed Peshwa, Bajirao II. Susan Bullough Khare narrates the fascinating story of the queen of Jhansi, with photos by Sachin Naik and Pratibha Ranade. 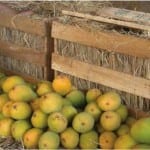 he Mango: A Fruit Divine

Mention a mango to an Indian and it evokes more than a craving for the sweet, aromatic fruit. Images rush unheeded into the
mind – scorching summer days heavy with mango scent; a lush green countryside sprinkled with mango groves and gigantic trees bowing under the weight of luscious fruit; and entire villages congregating in the deep shade of mango trees. Sena Desai Gopal takes a look at the mango “madness” that takes over the country when the fruit is in season, with photos by Sachin Naik. 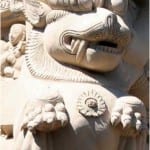 The relationship that is shared between Nature and human beings has inspired artistic creations in various forms that have depicted animals, birds, plants, flowers and trees. Randhir Khare examines the interplay of plant and animal motifs in ritual art, with photos by Susan Bullough Khare. 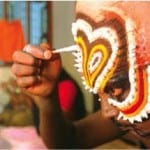 Dance, music, drama and stagecraft robustly combine to produce an unforgettable, emotive and aesthetic experience in the Yakshagana. Savita Narayan describes how it has survived changing times and presents to us today the grand tradition of traditional theatre with all the magnificent completeness of Bharata’s Natya Shastra, with photos by Sandesh Bhandare. 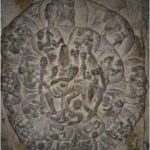 The Rashtrakutas left behind a creative legacy that celebrated rich and varied rock-cut cave art. Theirs was a reign which
encouraged the structural and visual flowering of artistic achievement. With the passing of the Rashtrakutas, remnants
of their artistic achievements live on as evidence of a rich and diverse heritage – glowing signs from a time now gone, embedded in history but alive in the creative imagination of a nation, as M.K. Dhavalikar reveals, with photos by Vijay Ghodekar, Mukta Latkar-Talwalkar, S.K. Aruni and Abhay Kale. 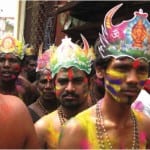 Pilgrimage to Sabrimala: An Odyssey of Faith

The shrine at Sabrimala, one of the world’s most important pilgrimage centres, is open to worshippers from all religious faiths, with none being discriminated on the basis of caste, creed or social standing. Though remote in location, millions of believers from across the globe undertake the sacred annual journey, making this a pilgrimage that is second only to the world’s largest annual pilgrimage of Hajj to Mecca. Ammini Ramachandran traces this journey of faith, with photos by B. Sugumar, Daphnis Kieffer and Rajesh Kunnath. 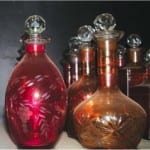 Glassworks of Firozabad: A Tradition in Glass

Randhir Khare follows the journey of a bangle from a heap of sand and soda to a finished product in Firozabad. Unlike other glassworks, the skill of the worker remains paramount when making bangles. Seen in the larger picture, the glasswork of Firozabad criss-crosses the globe and makes its presence felt in diverse nations and cultures. With photos by Susan Bullough Khare. 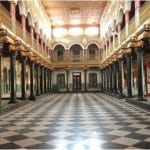 Homes of the Chettiars: An age of Grandeur

The opulent homes of the Chettiars reflect the spirit of a culture and social life now lost in the warps of time. Drawing inspiration from the world they reached out to, they built houses that were a reflection of the age they lived in, as Padma Raghavan and Savita Narayan reveal, with photographs by A.S.Nambi. 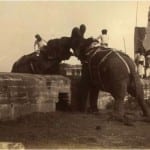 Games of the Royals: Pastimes of Mewar

The culture of Mewar evolved its own mode of entertainment and amusement, patronized through centuries by the Maharanas. These are well recorded in historic texts and miniature paintings of Mewar. Rajendra Nath Purohit shows us how the Maharanas passed their time, with photographs and reproductions courtesy of The Pictorial Archives of the Maharanas of Mewar, Udaipur, MMCF.

The forging of wrought iron reached its zenith in India in the first millennium CE. The earliest example of iron forging is the iron pillar at Delhi. Although this pillar has been the focus of several studies, there are other metallurgical monuments of India, which are less investigated by scholars and, their beauty, not known to many, as P.P. Deshpande finds out. 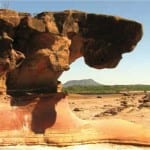 The Rann of Kutch: An Everchanging Land

Though seemingly inhospitable, the Great and Little Rann of Kutch are lands rich with a variety of flora and fauna. Changing
with the seasons, Anirudh Chaoji explains how this vast land has survived centuries of upheavals, creating in the process, a unique ecosystem. With photographs by Anirudh Chaoji and Susan Bullough Khare. 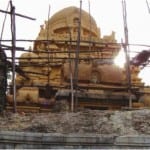 Uttaramerur, in the present Kancheepuram district of Tamil Nadu, was established around 750 CE by the Pallava king Nandivarman II as a ‘chaturvedimangalam’, a settlement inhabited by followers of all the four vedas. The temple of Kailasanatha was falling to ruin due to neglect and the unchecked growth of vegetation on the structure. J Chandrasekharan of the REACH Foundation in Chennai shows the painstaking efforts being made to restore it to its original glory.

Be the first to review “HI Vol.2 Issue 4” Cancel reply