Unearth the mysteries of Nagarjunakonda, an ancient metropolis swept away by nature and time. This issue also carries a unique feature on the endangered Indian rhino of Kaziranga. A wonderful article explaining the deities on Kushan coins. We pay tribute to Satyajit Ray, one of the pioneers of Indian cinema. Sail down the backwaters of Alleppey on a snake boat and get a taste of the history behind Punjabi cuisine. Sit back and journey across the country with Heritage India, your quarterly keepsake! 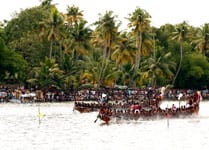 Vallamkali: The Water Concert of Alleppey

45 rowers moving in perfect unison to the beats of 5 nirakkars, rowing furiously to win the coveted Nehru trophy – there is nothing quite like the snake boat races of Alleppey. And of course, there is much more to the snake boats than just rowing. Built according to an ancient treatise, these 83 foot long boats were originally built for war. Discover the ancient science behind the famous snake boats of Kerala with Kumar Mangwani in ‘Vallamkali: The Water Concert of Alleppey’. 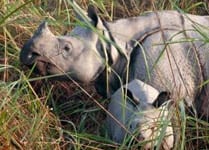 Recognised as a World Heritage Site by UNESCO, Kaziranga National Park is home to the Great One-Horned Rhino. Beyond its rhinos, it is also known for its elephants, deer and amazingly diverse bird population. However, few people know that this ecological wonderland was once almost lost. Explore the wilderness of Kaziranga with Varsha Gajendragadkar. 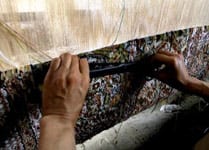 The story of Kashmiri carpets is intricately woven with the story of Kashmir itself. Every woof and warp of the carpets sings the ‘Taleem’, the ancient verse code for carpet weaving. Learn how the magic is spun and woven by the skilled carpet makers of Kashmir with Sana Altaf, in our Heritage arts and crafts feature article. 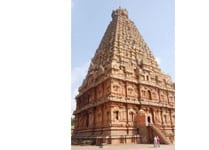 Thanjavur: Of Temples and Maharajas

Thanjavur’, literally meaning the ‘cool settlement’ (than – cool, ur – settlement), has perhaps been inhabited for an amazing 10000 years. It’s glory days came under the Chola dynasty, and it also subsequently flourished as a centre of arts and learning under the Nayaks and the Marathas. Trace the rise and fall of a grand temple town with V. Selvakumar in this issue’s ‘Ancient Cities’ article. 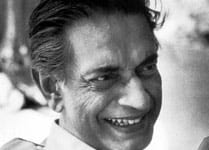 Satyajit Ray: The Art of the Master

As the country gears up to celebrate one hundred years of Indian cinema, we pay tribute to the master of the art – Satyajit Ray. Through his art, he explored the depths of reality and mesmerised generations of cinema fans. Priyanka Mukherjee and Partha Mukherjee celebrate the works of the first Indian filmmaker to truly go international – Satyajit Ray! 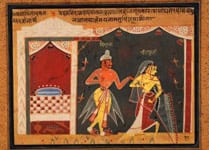 LD Museum: The Art of India

Noted art historian and scholar Prof. Ratan Parimoo walks us through the stunning Lalbhai Dalpatbhai Museum and NC Mehta Gallery in Ahmedabad, in this issue’s museum feature. One of India’s widest and best collections of miniature paintings is found here, and also more uniquely, and explanation of the process behind the making of a miniature. 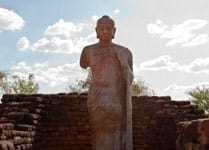 Nagarjunakonda: The Tale of a Forgotten Metropolis

The ancient site of Nagarjunakonda, the then capital of the Ikshvaku dynasty, has survived the ravages of time, helping us put together the pieces of this hitherto unknown metropolis The excavation has brought to light a number of Buddhist monasteries along with other structures giving us a glimpse of this once mighty civilization. Uncover the intriguing ruins of Nagarjunakonda with Varada Khaladkar, in our ‘Excavations’ feature article. 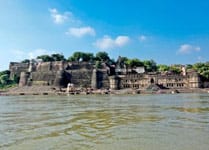 The Ghats of Maheshwar: Simple Grandeur

Walk down the wide steps of the historic ‘ghats’ of Maheshwar and allow the graceful Narmada to wash away your worries. Constructed during the reign of Rani Ahilyabai Holkar (1725-1795), the charm of Maheshwar lies in its simplicity. Read about how the queen’s personality shaped the destiny of this riverfront town with Varsha Gajendragadkar. 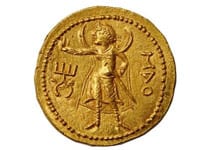 The coins of the Kushan rulers offer remarkable insights into the religious and cultural traditions at the beginning of the Common Era, two thousand years ago. They are proof of an interconnectedness that existed far before modern-day globalisation. Decipher the striking gold coins of the Kushan kings with numismatist Shailendra Bhandare in our cover story. 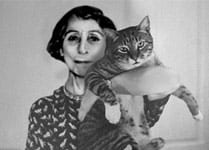 Our ‘Personality’ section features the path-breaking Czech scholar Stella Kramrisch. Kramrisch, the first ever Professor of Indian Art at the University of Calcutta, worked all her life to document the many treasures of Indian art that risked being forgotten. In this issue, we remember Kramrisch and the value of her contributions to Indian heritage. 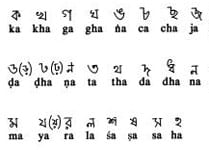 Bengali Script: A Journey Through Time

Journey back to the 3rd century BCE to dig out the roots of Bengali literature, with Sayantani Pal. Using evidence based on inscriptions and carvings, Pal traces out the intriguing evolution and development of one of modern India’s most widely used languages. 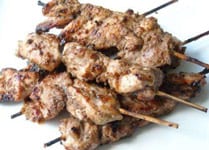 The Evolution of Punjabi Food

When you next dig into a delicious plate of Punjabi food, take a minute to think about how the cuisine developed over centuries. Nithya Subramanian takes us back, one plate at a time, to the history behind modern Punjabi cuisine. 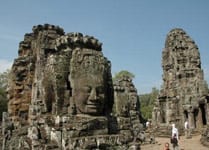 Cambodia: The Splendour that is Cambodia

Veteran archaeologist Dr. G.B.Deglurkar writes about the vivid intermixing of Indian and Cambodian cultures, best embodied by the temples of Angkor Wat. The temples of ancient Cambodia live on to tell tales rich in mythology, while their majesty and intricacy reflect the might of the rulers who built them. Travel with India Abroad, this issue, to the splendour that is Cambodia!

Be the first to review “HI Vol. 5 Issue 3” Cancel reply