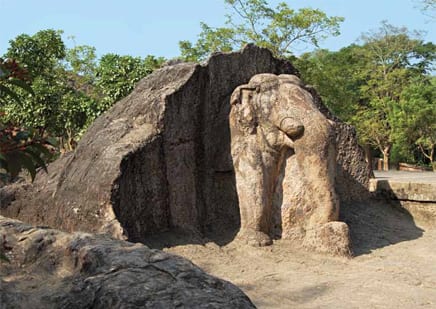 All the edicts reveal that Ashoka was conversant with Pali Tipitaka. He often quotes sentences and phrases such as ‘Kalyanam dukkaram’ (it is difficult to achieve merit) ‘Sabbaloka hitaya’ (for the welfare of all the beings). The edicts of Sarnath, Sanchi, and Kosambi are evident of Ashoka’s concern about the unity of Samgha- the Buddhist monastic order.

Through these edicts, he has expressed his desire that unity of the Samgha should remain (Sukha Samghassa Samaggi). Interestingly, he does not assume the role of the head of the Samgha, but prefers to remain a lay-devotee franchising the right of Upasaka based on Vinaya Laws.

He scrupulously followed royal duties, instructing his officers that all matters concerning the people or about disputes should be reported to him, even when he was busy enjoying his own privacy. He gave instructions to Mahamattas (ministers) regarding how to carry out disputes amicably, but if they were unable to do so then the matters should be brought to his notice.

Ashoka was largely responsible for paving the way for the spread of Buddhism, not only in India but beyond. Ashoka installed hospitals for men and animals, dug wells and tanks and planted trees in a friendly gesture in his empire and the neighboring kingdoms. This reflects his prestige and popularity outside India. In fact, in the medieval period, in Japan, Ashoka was revered as Bodhisattva.

His edicts instructed people not to kill animals even for the sake of sacrifice, be obedient to elders, parents, and teachers and be kind to friends and acquaintances. He desired that people should follow chastity, purity, truth, piety and practice meditation nijjhayato. “Do not indulge in praising one’s sect and blaming the other sect, even for a small reason. By doing this one will increase the prestige of his sect but if he does otherwise then he discards his own sect and harms his sect.”.

He had a way of balancing his acts of generosity by bestowing donations on Brahmanas, celibates of all sects including six heretical, Niganthas and Ajivikas. It is said that he donated three rock-cut caves to Ajivika monks.

Incidentally, the date of inscription tallies with Mahavamsa’s account and Minor Rock Edicts, which often refer to his three and half years spent in pursuing Buddhism. Why did Ashoka become Buddhist? Many are of the opinion that his first wife Vidishadevi, who was a devout Buddhist, was instrumental, as he was in her company for nearly four years.

Literary Sources further inform us that she had broken all ties with him and had sent her children to him when she came to know about the killing of his brothers and the beheading of monks in Ashokarama. Another group of scholars believes that he became Buddhist after hearing a sermon from Nigrodha Samanera, who happened to be a son of his slain brother.

Ashoka became a follower of Buddhism (Upasaka) and learned Pali-Tipitaka. The majority of his edicts reveal that he was conversant with Pali literature and often quotes them. The Bhabhru edicts, for example, refer to eight Pali texts. He used to visit places of pilgrimages which included stupas where relics of the Buddha were preserved. In fact, he often went on religious tours (Dhammayatta).

Though it is said that he had built 84000 stupas, it is believed to be an exaggerated number and that in reality it may have been the 84000 Caturasiti Dhamma Khandhas, explained to him by Moggaliputta Tissa whom he later assured, ‘I shall worship each of them in Vihara.’

The third Buddhist Council was held under his patronage and Mahamogaliputta Tissa (Upagupta in Divyavadana) was the president. In this council, monks were deputed to different regions, such as Aparantaka, Maharashtra, Vanavasi, Mysore, Myanmar, Sri Lanka, Kashmir and in Yavana or Greek countries.

The dilemma of capital punishment- Not a new one

His views about capital punishment are very clearly mentioned in Delhi-Topra inscriptions. He did not rule out capital punishment because he felt was essential for the country. The firmness and clarity of his disciplinary laws made it possible for him to rule over a vast empire for thirty-seven years with no opposition whatsoever.

In fact, he was the only ruler in India whose reign stretched to this extent, peacefully. This was also possible because he enjoyed cordial relations not only with neighboring countries but with people living on the border-land. In Kalinga separate rock edict, he assures them that- ‘All men are my children; therefore I desire that they should live happily. King will forgive them as he forgives his own people.’ He had also pleaded with his Mahamattasto encourage people living on the borders to have confidence in him. 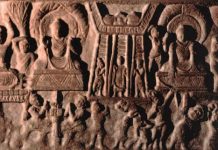