On the 14th of January (and sometimes, 15th January), when western India celebrates Makar Sankranti and other parts of the country mark the occasion of Lohri or Pongal or Bihu or Shonkranth, Gujarat sets her skies ablaze with the festival of Uttarayan. Despite the variety of names and manners of celebration, the spirit is the same. It is one of thankfulness to the Almighty for having sent a good harvest.

Origin of the name 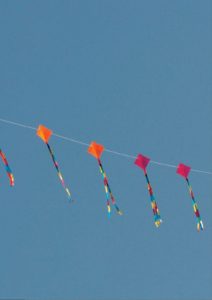 The name Uttarayan comes from joining two different Sanskrit words – Uttar meaning north and ayan meaning towards. It is the six-month period between 14th January and 14th July when, due to its tilt, our planet faces the sun. This makes the sun appear as if it is travelling north on its own celestial. After 14th July, the period is known as Dakshinayan, meaning southward movement, the time for winter.

The date: A mistake?

According to Hindu belief, 14th January is a time when the Gods in heaven open their doors and wake up after a six-month slumber and the Sun is said to enter the constellation of Makar or Capricorn and so the name Makar Sankranti. Some Hindu scholars say that the date 14th January celebrated for centuries as the day of the northward movement of the Sun, was actually incorrectly calculated by earlier Hindu astrologers. The correct date, they say, is actually 22nd December. However this is of little concern to people who revel more in the social aspect of the festival.

What if you died on this day?

Don’t worry! It is believed that Bheeshma Pitamah, the grand uncle of Kauravas and Pandavas of the great epic Mahabharata, who had been granted the boon that he could choose his time of death, chose this day to leave his body for his heavenly abode. Hindus still believe that dying during the auspicious months of Uttarayan assures their place in heaven.

Despite the ancient legacy and relation of Uttarayan to Hindu mythology, the kite festival of Gujarat is by far one of the most secular festivals of India. It is a celebration that involves communities and people who are passionate about kites and wait in anticipation the whole year to witness the colourful spectacle irrespective of whom they offer their prayers to. In fact, on Uttarayan day, both Hindu and Muslim shops have their shutters down to celebrate the eagerly awaited festival.

Although the whole state of Gujarat is in a jubilant mood during this time, the city of Ahmedabad is where the festive spirit can be felt in full flow. Months before the actual event, street corners and small shacks start loading themselves with coloured paper, bamboo sticks, strings and other paraphernalia needed to prepare the millions of kites and double the amount of manja or manjo – string used to fly kites.

This cottage industry has a rhythm and charm of its own with each member of the family contributing. While some cut the paper and sticks to the appropriate sizes, others stir the glue or the sticky rice paste called ‘ludi’. For those who have been in this business for generations, it is time for a lot of hard work.

Some kite makers in the older parts of the city have a reputation of making thousands of kites a day. This is also the time when people from far off places in Bihar and Uttar Pradesh come to seek refuge in the city and set up shops for the prized manja. Kite enthusiasts, who love the traditions of the festival as much as the art of kite-flying, use every opportunity to acquire the perfect manja for the flying session. The hunt begins with buying a reel of strong and sturdy cotton string. 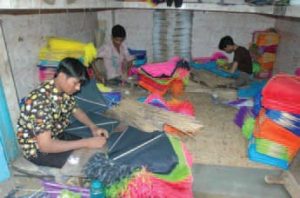 This is then taken to the street manja maker who, oblivious to the pains, cuts and bruises he receives on his hand, coats the string with rice paste, coloured dye and broken glass powder to give the string that extra edge during the kite fighting sessions. For the less zealous of kite flyers, shops make available ready made manja reels.

It is this deadly manja that is of prime concern for environmentalists during the festival because of the ease with which they can harm flying pigeons and other birds. There are temporary camps set up in all parts of the city with veterinary doctors on a 24 hours alert to rescue such birds. Drivers of two wheeler vehicles are also strictly advised to wear helmets especially during this time to avoid mishaps when razor sharp strings are flying crisscross in the air.

But what makes a perfectly nutritious packed meal for energetic kite-flyers on this day is a vegetarian delicacy known as undhiyo. Various winter vegetables, including raw bananas and special vadis, go into the pan to create a mesmerising curry dish, which is rich, sweet and spicy and very much in tune with the tastes favoured by the Guajarati palate.

The popularity of this dish is such that there are countless restaurants selling a feast food combination of undhiyo and jalebi to customers, some of whom prefer the Surati variety while others gorge on the special matka undhiyo, baked in a clay vessel on a fire.

In 1989, Uttarayan celebrations took a new turn in Ahmedabad when the hugely popular International Kite Festival was initiated by the state government. The event since then has seen some of the best kites from around the world compete in the Gujarat sky. There are Wau-baling kites from Malaysia, ancient fighting kites from Japan known as Rokkaku, giant banner kites from USA, Llayang-llayang from Indonesia; and other spectacular kites shaped like dragons, bicycles, aeroplanes and more adorn the blue sky. 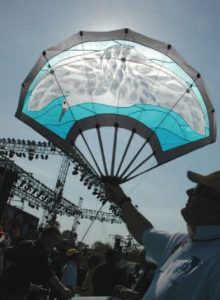 While the professional flyers are more than happy to display their work of labour in a foreign land, what the locales cherish the most is the feeling of international oneness, so distinctly displayed here with kites.

As evening sets in on Uttarayan day, the sky fills up with an increasing number of white kites, marking the beginning of night flying. It is actually the test of a person’s skill, control, experience and dexterity even in the absence of light.

The darkening sky is not a mood dampener for these enthusiasts, just a different challenge they master gracefully using white kites. As stars appear, it is time to bring out the tukkals – accomplished flyers attach small candle-lit lanterns to the strings of whitekites, creating a dramatic glowing ‘ropeway’ from the rooftop to the sky. There are also innovative designs of small oval hot air balloons with a central arrangement for candlelight. 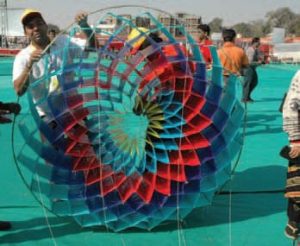 Once lit, the lanterns automatically take to the skies, giving the impression of several shooting stars glittering in the deep dark blue. Some even say that flying a kite is a very spiritual experience. Holding the strings of a kite and maintaining its flight requires tremendous amount of concentration. There comes a time when the flyer and the kite become one, forgetting the existence of everything else except the coloured spec visible high up in the blue. Loved ones and friends share the experience in their own way.

With spirits soaring high, religious and social differences forgotten, family disputes kept at bay, Uttarayan is one time in the annual calendar when people look towards the sky in unison and happiness, as diamonds dance in the blue beyond. 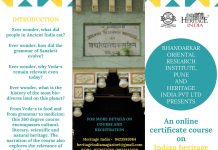